As preparations for the 2022 baseball season gets under way, the newly-rebranded Beloit Sky Carp needed a full-time broadcast announcer and senior sports communication major Larry Larson was the perfect fit.

Invited for a tryout at the Sky Carp’s new ABC Supply Stadium, Larson triumphed over six fellow competitors and earned his spot on the team in mid-January.

“It was wild, because they dubbed it the dream job competition,” said Larson. “And the moment definitely felt like something out of a dream.”

Judging the auditions – where each finalist called an inning from a recent World Series game – were some of the industry’s biggest names, like Wayne Randazzo with the New York Mets and Joe Davis with the Los Angeles Dodgers.

When Davis – one of Larson’s favorite announcers who is on the same broadcast team as Bradley legend Charlie Steiner ’71 – named him the winner, it was the icing on the cake.

“To have him basically tell me I got my first job in pro ball, that was special.”

Larson’s first broadcast will be the Sky Carp’s inaugural season opener on April 8 in Cedar Rapids, Iowa, against the Kernels. As a fan of his local team through thick and thin, he’s excited about the rebranding. “It means a lot to be the first voice of the Sky Carp,” he said.

Although he’ll call road games on radio, Larson will make his television simulcast debut the following week when Beloit hosts the Wisconsin Timber Rattlers. While some might prefer working in television, Larson prefers radio and considers it more of a challenge.

His plans are to move back to the Beloit-Rockford area around Spring Break so he can be ready to call all 132 games of the season. Larson’s professors will support his move by accelerating his coursework for his final semester.

“My professors have always been great in recognizing that getting a job and working outside the classroom is always really important,” said Larson. “It's something that's been consistent throughout my time here.

“But I'm all in. I'm going to be focused on baseball really full-time after mid-March.”

Larson plans to take part in Commencement May 14 even though he was scheduled to call the fifth game in a six-game road swing against the West Michigan Whitecaps that day. Ironically, Beloit will host the Peoria Chiefs just a few days afterward.

“I was hoping the Sky Carp would be in Peoria for graduation week – but I suppose I'm not that lucky!”

While the future looks exciting, Larson knows it’s a long road to reach his dream of calling games in Major League Baseball.

“There are a lot of trails that have been blazed by guys starting in the minor leagues and working their way up the ladder,” he said. “I'm lucky to do it right out of school.” 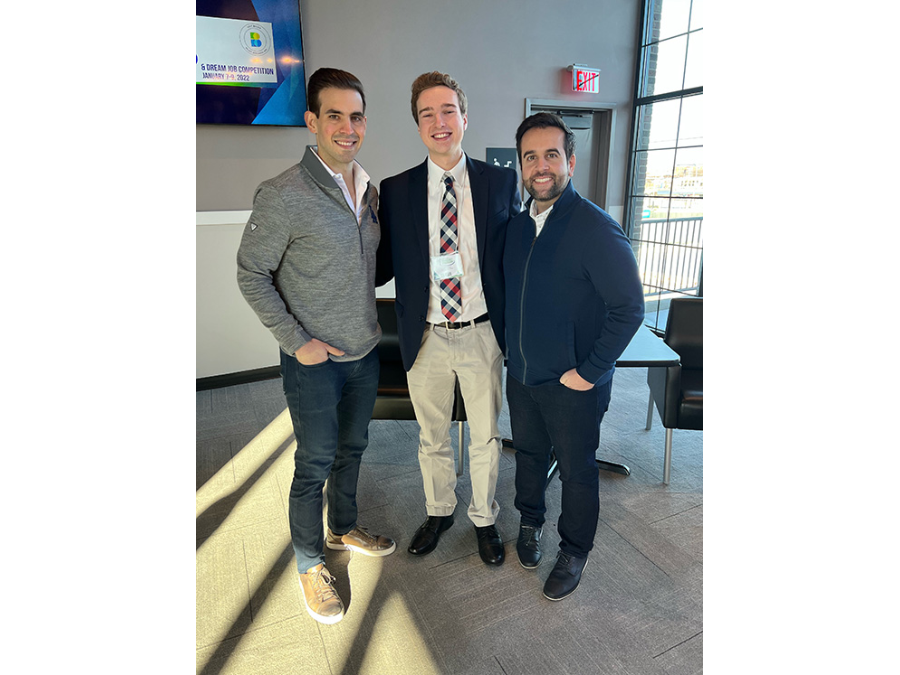 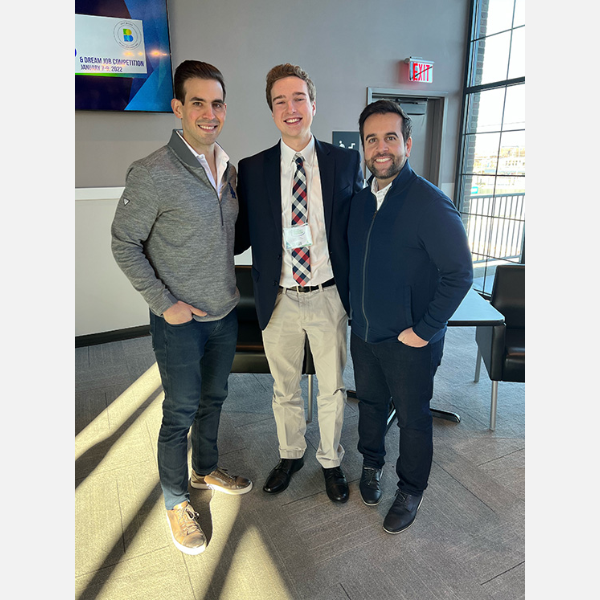