Not much usually happens on a nine-hour team bus ride in the Northwoods League, a summer collegiate baseball league in the Midwest. With his teammates watching the annual major league baseball draft, Theo Denlinger ’20 MBA ’23 opted for music on his headphones.

The management and leadership major was trying not to stress out while his teammates monitored their college friends getting drafted.

“We finally got to (the stadium) and as we're pulling up, the entire bus just starts freaking out and they're like, ‘He got drafted, he got drafted,’” Denlinger said. “I was assuming it was one of the guys on the team.”

He didn’t realize he was the source of celebration. After being brought up to date amidst cheers and hugs from his teammates, Denlinger got a call from the Chicago White Sox, who chose the relief pitcher in the seventh round.

The White Sox also drafted his Bradley teammate, accounting major Brooks Gosswein ’21, in the fourth round. It’s the first time since 1993 that Bradley had two selections in the draft’s first 10 rounds.

The start of his professional career saw Denlinger go from Wisconsin to Alabama to Arizona and finally to Kannapolis, N.C., as a member of Chicago’s Class A team.

After the season, the two-time all-conference selection hopes to get back to his MBA studies and his longtime hobby of blacksmithing. The self-taught Denlinger picked up the craft after seeing blacksmiths at rendezvous events and initially made his own equipment.

“We got a brake drum from a truck … we got some metal piping and we made a homemade forge,” he said.

Denlinger added tools and equipment over time and upgraded from a coal-fired forge to propane. With his father’s encouragement, the former three-sport star at Cuba City High School in Wisconsin tackled a 4-foot sword, which he calls his favorite creation.

It also serves as an antidote to a bad outing on the mound.

“Honestly, it relieves a lot of stress, but also it gets my anger and stress out in a productive way. Not mentally getting down on myself, but actually creating something from that stress.”

But what may have helped Denlinger even further was a rare invitation from a friend of his father named Henry to attend a sweat lodge ceremony. The two had bonded over building projects.

“I absolutely fell in love with the sweats, the ceremonies, the Lakota Sioux, and just everything about that was the most spiritual thing I've experienced,” Denlinger said.

Henry, a Lakota lodge keeper, noticed the younger man’s dedication and decided to adopt him into the tribe. As Henry’s Lakota name translates to Buffalo Man, he decided to name Denlinger Tatanka Hok Shi-La, which means Buffalo Boy, after the tribe’s sacred animal.

He also bestowed on Denlinger a prized buffalo skull used by a noted Lakota medicine man on vision quests. “(Henry) gave it to me and his exact words were, ‘The buffalo is with you.’”

In the offseason, Denlinger hopes to build a lodge and become a lodge keeper, with guidance from Henry.

Denlinger, at 25, is older than most, if not all, his teammates. As with the artistry of blacksmithing and the spirituality of the Lakota, the mental aspects of baseball appeals to him. 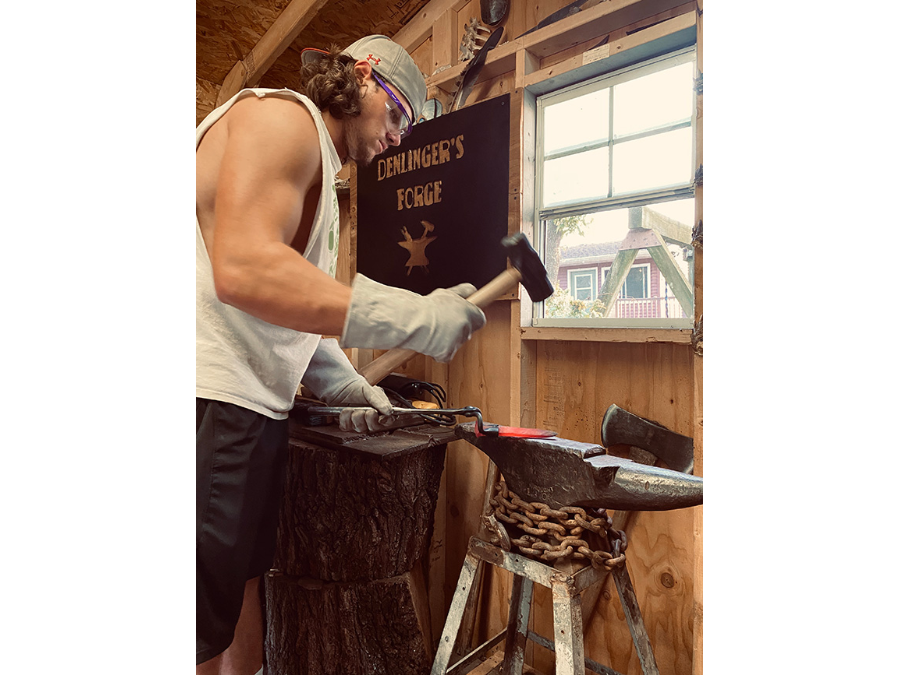 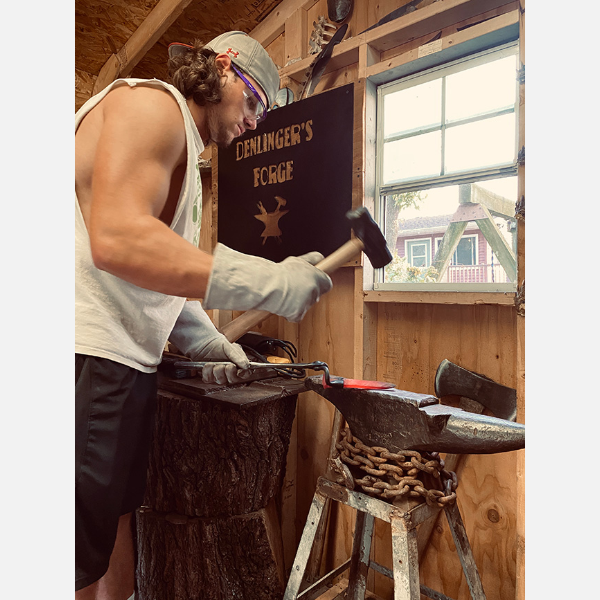 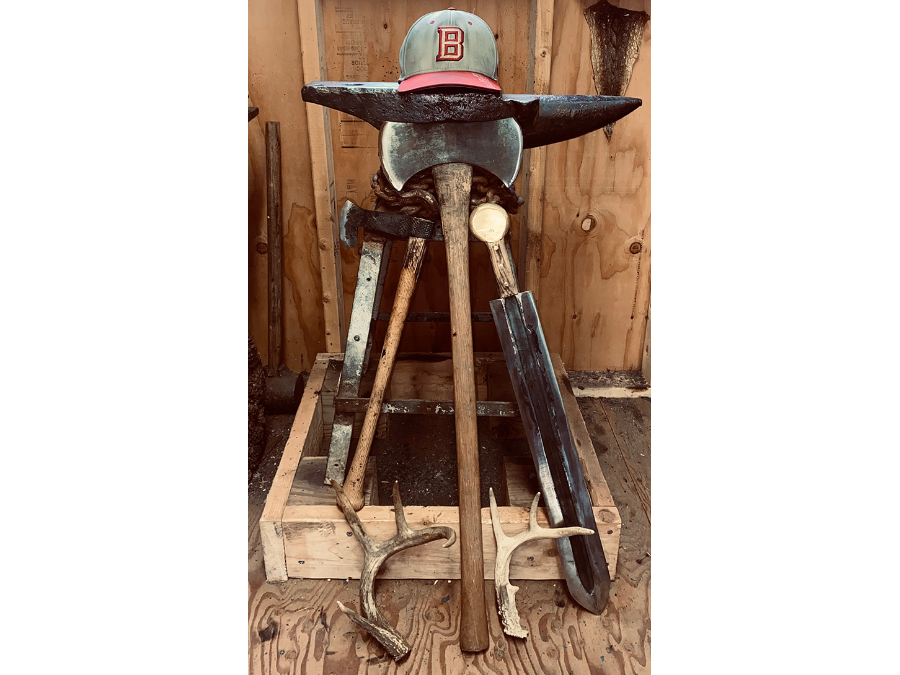 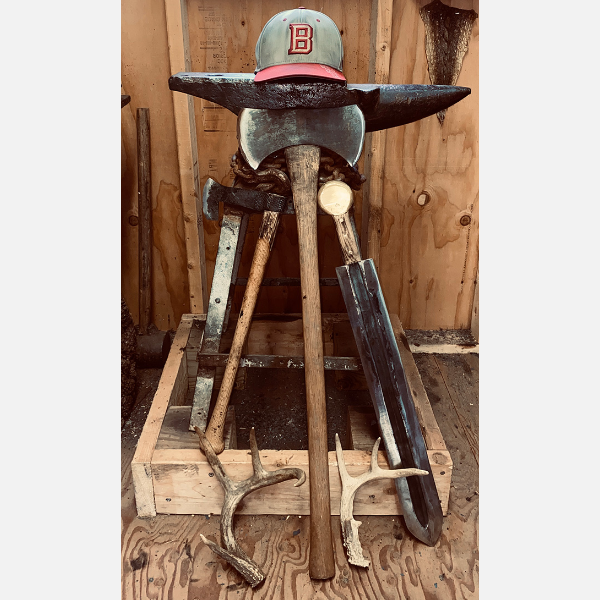