Hunkering Down in Peru

When three Bradley friends set off March 13 from Chicago headed for Peru and the fabled Incan fortress Machu Picchu, it was the culmination of a yearlong plan. They didn’t expect anything other than a spring break excursion to one of the world’s fabled sites.

That changed abruptly on their second day in the country. With 28 hours of notice, the Peruvian government closed the borders and announced a 15-day quarantine. People are allowed to leave their residences between 5 a.m. and 8 p.m. daily, and only for food shopping or medical purposes.

“We figured that coming to Peru would be a safer place to be,” said Michael Kuzma ’20. “They said everything was operating as normal ... I think the only thing we noticed that was different when we arrived was they were taking the temperatures of people getting off the planes.”

He, along with Jeremy Rapp ’21 and Charlie Barchett ’17 MBA ’19 are waiting things out in Cusco, a city of more than 400,000 that is the historic capital of the Incan empire. The mandatory quarantine also leaves the U.S. embassy and consulate closed.

After hearing the news Sunday night, the group spent several hours figuring out a plan. They went to the airport before it officially opened Monday at 3:30 a.m. but found hundreds of people had the same idea.

“There were police with riot gear outside the airport in case things got a little crazy,” Kuzma said.

They waited at the airport more than four hours before learning all available tickets were sold. While unsuccessful at leaving Cusco, the group did establish informal connections with other Americans in the same situation.

“They had information we didn’t have and vice versa,” said Barchett. “At that point, someone started another group chat so we were able to merge those ... and that included a spreadsheet documenting Americans in Peru, particularly Cusco.”

As of March 23, there were 2,579 Americans listed on their group’s spreadsheet, with government estimates of up to 5,000 stranded in the country.

The Bradley trio shares their Airbnb with people from France and Peru, along with their host, who is keeping them informed of government moves and restrictions. Daily activities include card games and hanging out, with Barchett checking in to work remotely for Caterpillar Inc. Meals run about $10 a day for the trio and their Airbnb is $15 night.

Kuzma, who studied abroad in Spain for five months, is the de facto group translator and Barchett is passably fluent while Rapp carries a note in case he’s stopped.

“We’re able to go to the store so we’re cooking lunches and dinners,” Kuzma said, adding only one person at a time is allowed out. “We look forward to our walks out on the street. Going to the store is the highlight of the day.”

Barchett said the lockdown allows for the sale, but not the consumption, of alcohol. He mentioned reports of police going into hostels to give breathalyzer tests to enforce the ban.

While keeping a positive outlook, the three miss family and friends. Rapp said his mother has checked in frequently and there has been contact with the offices of Illinois’ two senators.

Rapp said their situation must be kept in perspective.

“For us, it’s not necessarily the biggest deal. There are people who need to be back,” he said, noting there are pregnant women and separated families stuck in the quarantine. “We are by no means anywhere near the worst situation that could occur being stuck here.”

Charlie Barchett is on left (right in the picture), Jeremy Rapp in center and Michael Kuzma on right (left in pic) 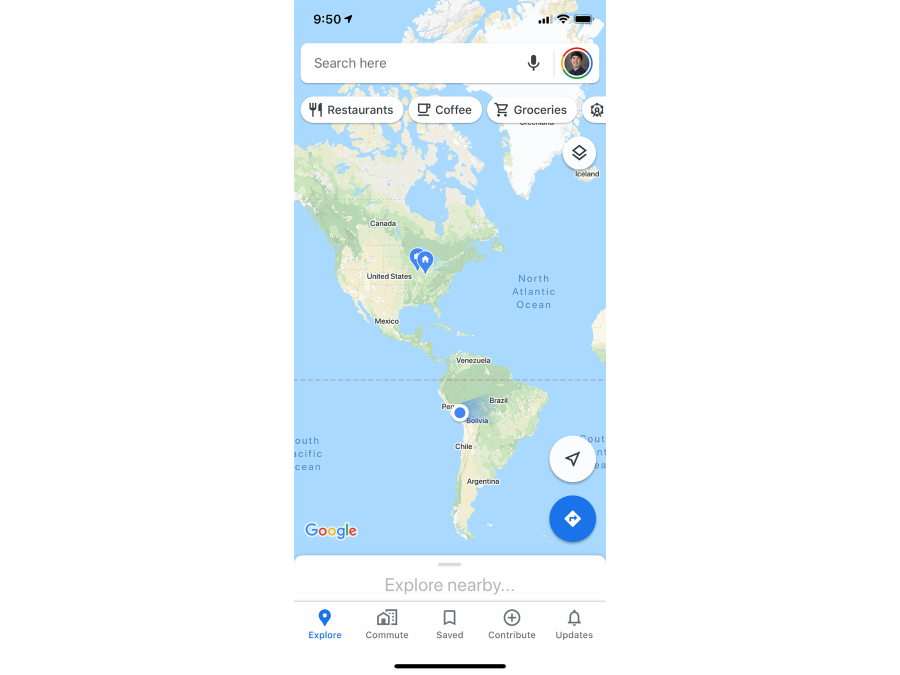 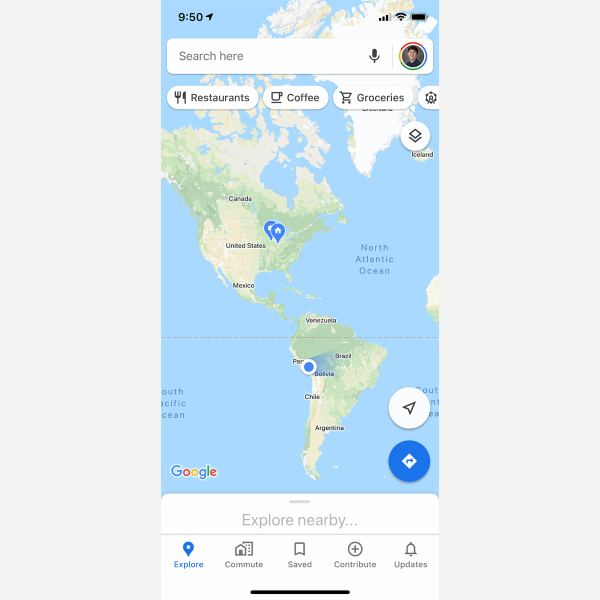 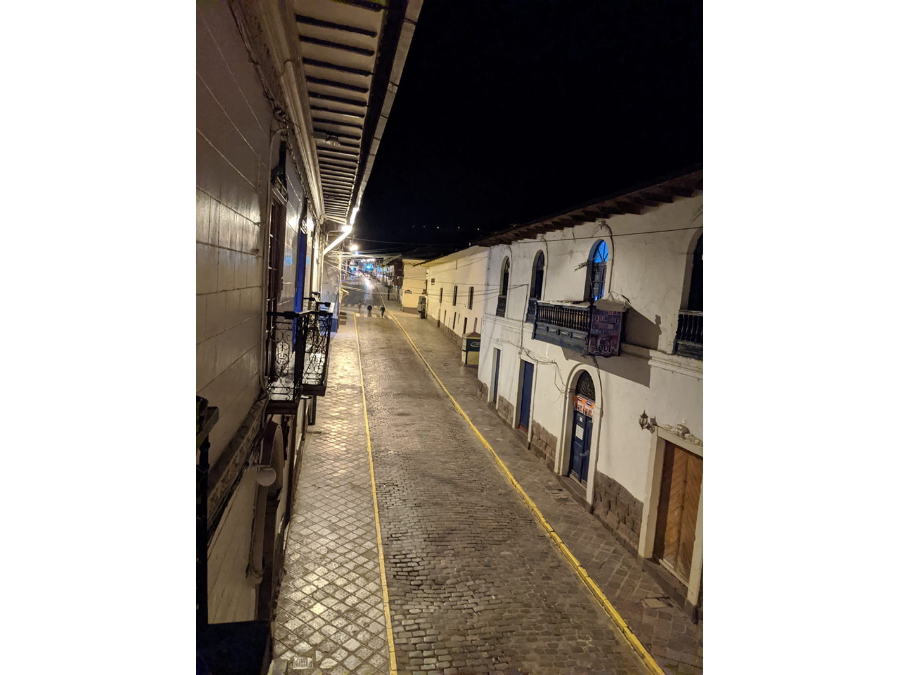 A nighttime view of a street in Cusco, Peru, with just two solitary pedestrians out before the 8 p.m. curfew. 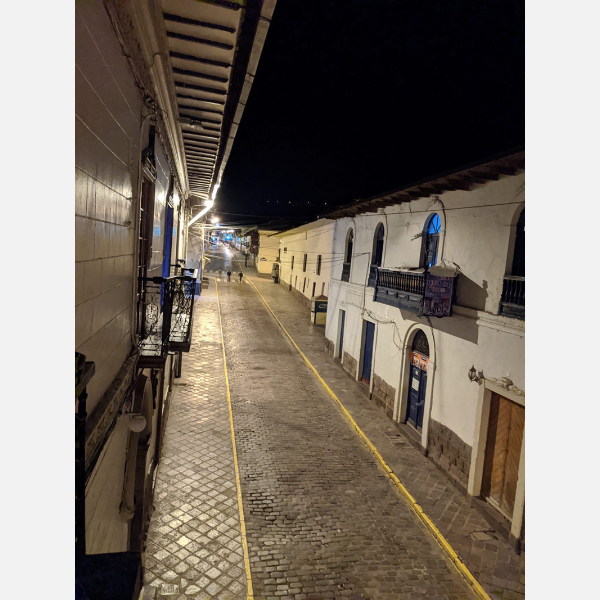 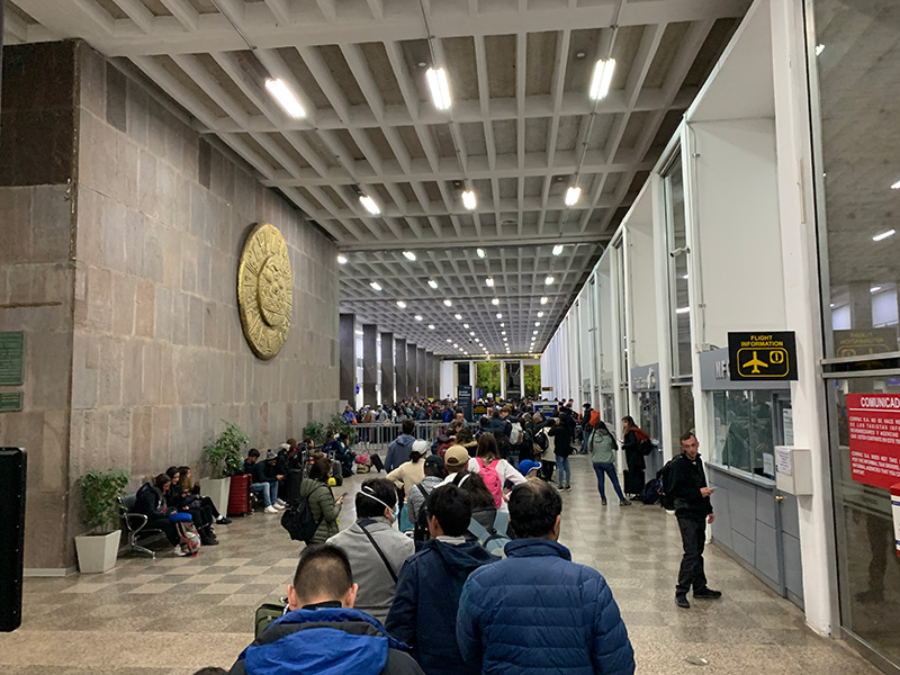 Hundreds of people mass at the airport in Cusco, Peru, trying for a flight out after the government announced the country was being closed due to the coronavirus. 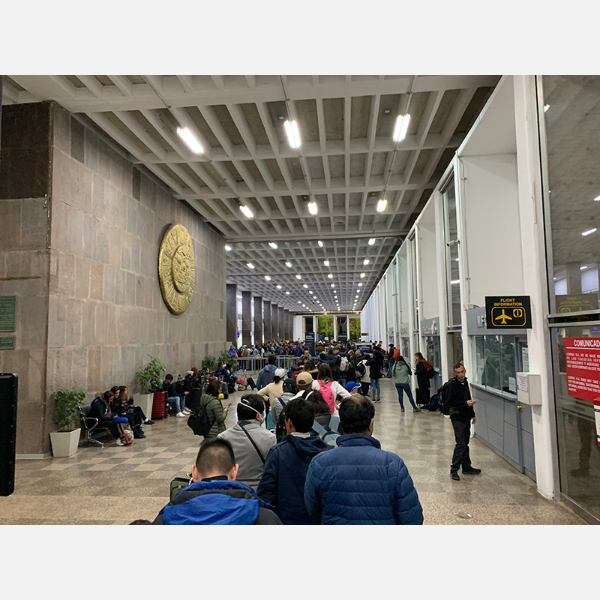