When Your College Town Becomes Your Forever Home

When Nick Vlahos ’85 submitted his final copy to the Peoria Journal Star April 1, it was no April Fool’s joke. After 36 years writing for the local paper, this edition of “Nick in the Morning” would mark his retirement.

“Where did all the time go?” he wondered. “You come in, you think you’re going to stay a little while and then one year leads to the next and you look up and it’s 30 years later.”

Originally from the Chicago area, neither Vlahos nor his family had ever been to Peoria before he came to visit Bradley. He was surprised by what he saw.

“When I got to Peoria and I saw that it was not really flat here, that there were hills, that there was a river and that there was an actual area that looked like a real downtown with big buildings and everything else, it kind of caught my attention. It was like, ‘Wow, this is a real city. What do you know?’ But I had never made the connection that this is a place that I would eventually want to just put down roots and stay for most of my adult life.”

Vlahos pursued broadcast journalism at first, working part time in the Journal Star’s sports department during his junior and senior years. By the time he left Peoria to pursue his master’s at the University of Missouri, Vlahos switched his focus from broadcast journalism to sports reporting.

While covering the 1987 World Series in Minneapolis for The Forum of Fargo-Moorhead (N.D.), he ran into his old boss at the Journal Star, legendary columnist (and Bradley Athletics Hall of Fame inductee) Dick Lien ‘64, who mentioned there was an open position for copy editor. Vlahos applied, and has been in Peoria ever since.

“I just grew to love the town a lot more than I ever expected I would,” he said, noting how he turned down a similar opportunity at the Miami Herald soon after returning. “And I never really seriously entertained another job offer after that.

“The thing that’s always struck me about Peoria is how much in the national consciousness it is and how so many people from this area have gone on to big things nationally, internationally in just about every field of endeavor,” he said of the city. “I’m surprised more now when we don’t find a Peoria connection in a national or international story than when we do.”

However, it’s his passion for local sports that endeared him to the local community. He recalls covering the basketball dynasty of Manual High School when it won four straight Class AA titles from 1994 to 1997.

“I don’t think I’ve ever seen a sporting event with the kind of drama and the kind of ebb and flow of that Manual-Thornton game in 1997 in the state semifinals,” he recalled. “And the game, it exceeded the hype.”

One of the most special times of his journalism career was working on the long-running “Word on the Street” column with fellow Bradley alum Chris Kaergard ’04. Describing him as a professional soul mate, Vlahos added their shared Bradley roots helped them to work together with mutual respect “and the same Bradley (work) ethic.”

Although he acknowledged the current difficulties faced by the industry, Vlahos believes in encouraging inquisitive-minded students to explore journalism.

“It can be a very rewarding career and a very satisfying career,” he said. “You have a platform that very few people have, but you have to make sure that you don’t abuse it.” 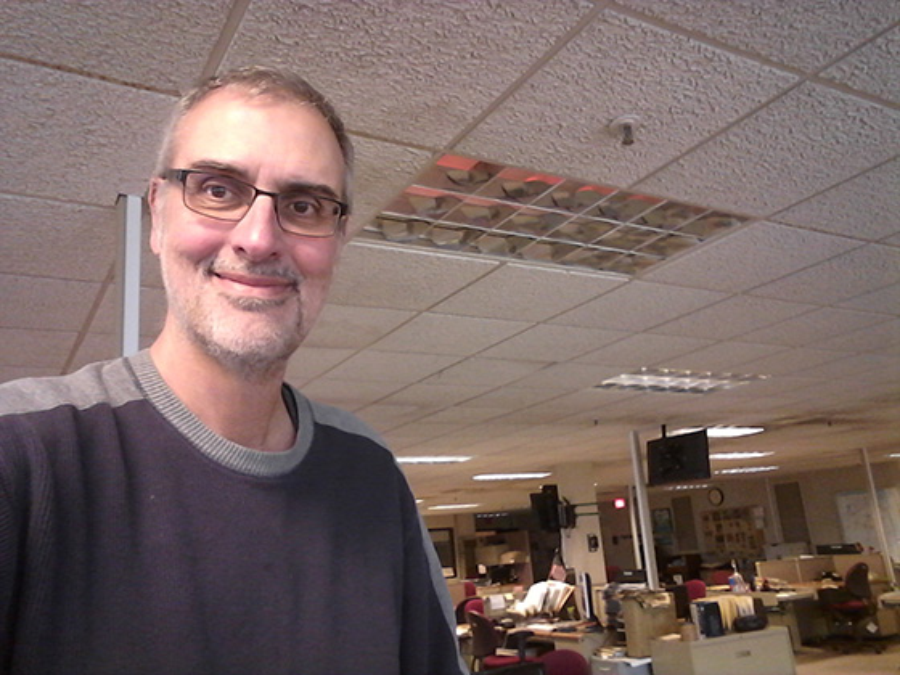 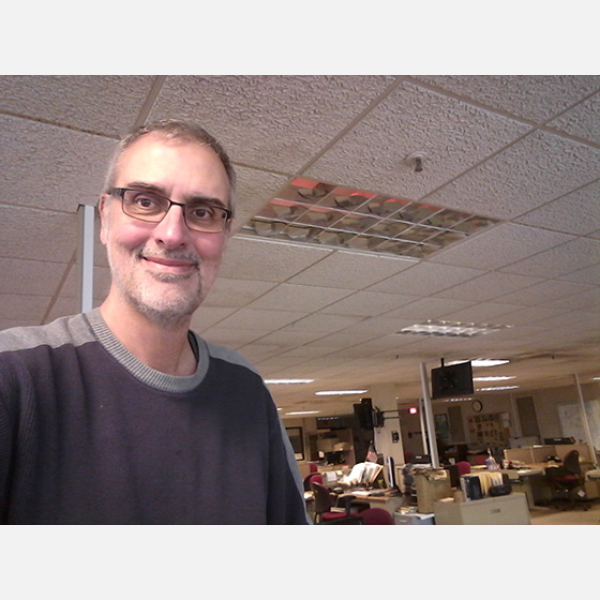