Academic costumes derive from two garments, a type of robe and a hood or head covering worn in the twelfth and thirteenth centuries. Since the clergy composed the majority of the educated class, academic dress is an adaptation of the cope or mantle which was worn for warmth in unheated buildings and in religious processions.

Through the years great diversity in color and style of cap, gown and hood developed until, in 1895, an intercollegiate code was adopted in the United States to encourage standard designs and usage.

An academic costume consists of three items: the gown, the hood, and the Oxford cap or mortar board. Gowns are easily distinguished by their sleeves. Bachelor’s gowns have long pointed sleeves. The sleeves of a master’s gown are oblong panels reaching nearly to the hem of the gown. Each sleeve has a small arc cut out near the bottom, and a slit at the elbow through which the wearer extends his arm. A doctor’s gown has full and bell-shaped sleeves which carry three horizontal bars; it also has a velvet panel extending around the neck and down the front of the hem. The velvet trim is usually black, but may be of the color associated with the degree.

Hoods for masters and doctors are similar. The former are shorter and are trimmed with a narrower velvet band than the latter. A doctor’s hood is four feet long, has a broad, rounded base, and is trimmed with a five-inch velvet border. The color of the trim of a hood identifies the wearer’s degree; that of the lining, the institution which conferred the degree.

The Oxford cap, usually referred to as a mortar board, is black and has a long tassel which is fastened by a button on the top. The tassel is usually worn pendent over the left front of the cap. Doctors wear a gold tassel. The color of the tassel on the bachelor’s and master’s cap indicates the field of study as follows:

Colors that may appear on the trim of the hoods and indicating the field of study include: 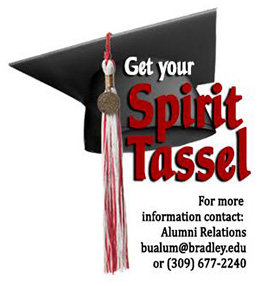