Admit it, you may like the fun parts of lawncare, but weeding is definitely not one of them. It’s tiresome work, and you’re often sweating while under the hot sun. Or worse, getting all those harmful chemicals on you and your otherwise healthy lawn as you deal with this persistent nuisance all season long.

What if a robot did this for you?

“It’s not that trivial,” said Mohammad Imtiaz, an ECE professor and the project advisor. Unlike autonomous cleaning robots, a weeding robot has to be able to identify and learn what is a weed using artificial intelligence. A product like this would not sell if it was also targeting your prized roses or even some taller grass mimicking local weeds.

The trio captured over a thousand high-quality photos of local weeds from various angles. Using skills they acquired in their digital image processing class, the students rendered the captured images into formats the robot can learn from using algorithms.

“The image qualities have to be consistent with each other because you can't just take random photos from one device and have them work on the same model,” said Ruskowsky. “So there’s a lot of pre-processing work that needs to be done in order to have perfect images.”

In addition, they had to take hundreds of photos of ordinary grass as control samples, to teach the robot what not to touch. “It’s like teaching a child,” Imtiaz said.

The robot targets the weed with a built-in spray that maximizes weed elimination while minimizes chemical use.

“By having more precise measurement of how much you distribute, it reduces lawn waste so that helps the environment in not having to dump loads of chemicals into your yard,” said Bednar. “We could easily swap it out for an infrared laser and you would have the exact same functionality with no environmental impact, instead of just a reduced one.”

Although the generous project budget did not allow for a laser system, the students had plenty of access to top-of-the-line equipment. In building this robot from scratch, they had full use of the industrial-quality 3-D printer housed in one of the department’s labs.

By early April, assisted by departmental lab director Christopher Mattus ’86, they were able to demo a functioning machine — the final step before interfacing the artificial intelligence module to turn a controlled machine into an autonomous robot.

The demo made such a strong impression during the Student Scholarship Expo held in April, it earned the Drs. Prasad and Sunita Shastry Award for the top ECE project.

“We spent so much time leading up to the expo to make sure that all of the components were in place and the motors were functioning so that the judges could see the potential that our project has,” said Norlie. “It was very validating.”

Now after some fine tuning and testing, the robot will be ready to be unveiled on Bradley’s Quad – alongside some unauthorized weed planting on the otherwise pristine lawn to test how much the robot — and by proxy, the three students — have learned.

In designing this capstone project, Imtiaz wanted to make sure the project was doable and used what the students learned in class over the years.

“This also has to be exciting and challenging,” he said. “This is a project that's worth it and I think you guys are having fun, right?”

The trio all smiled. 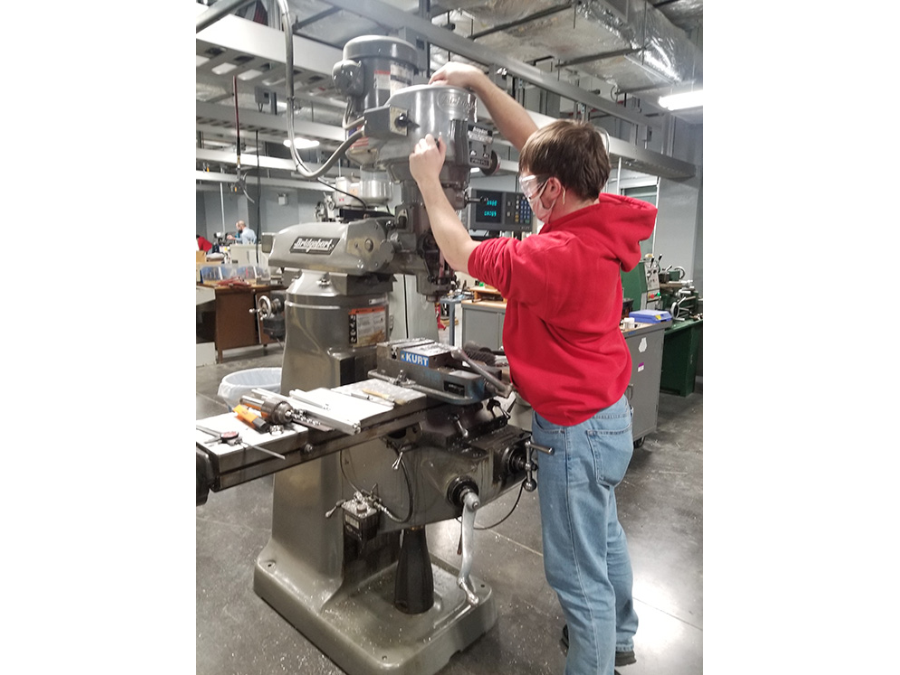 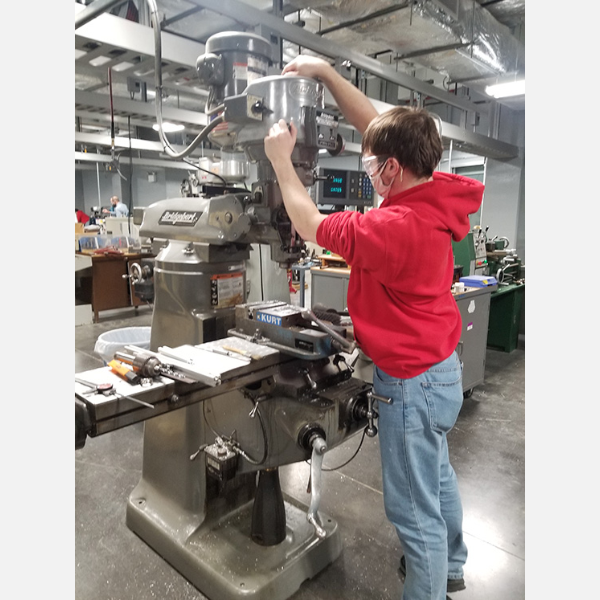 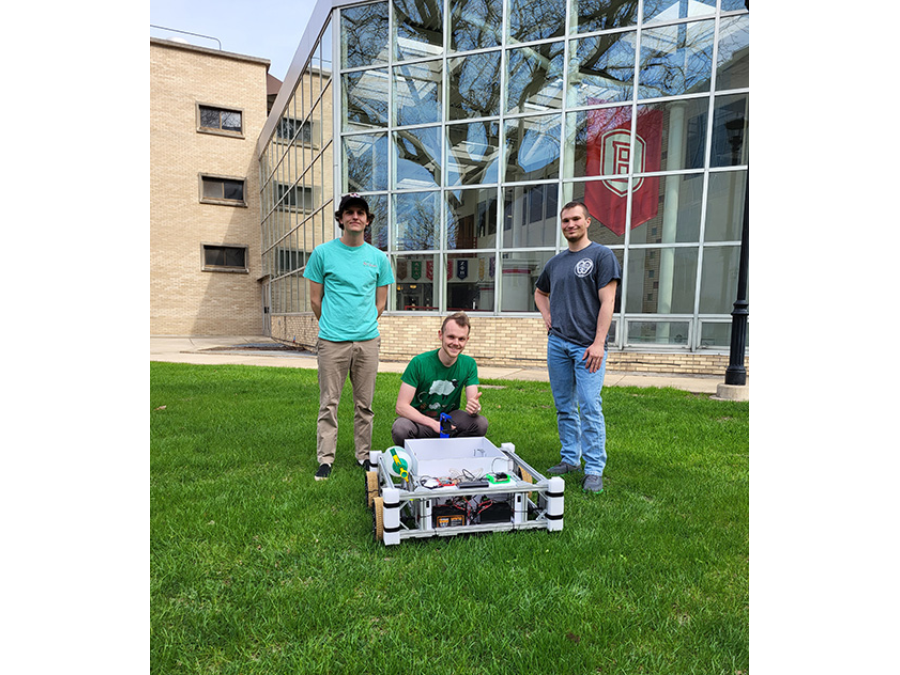 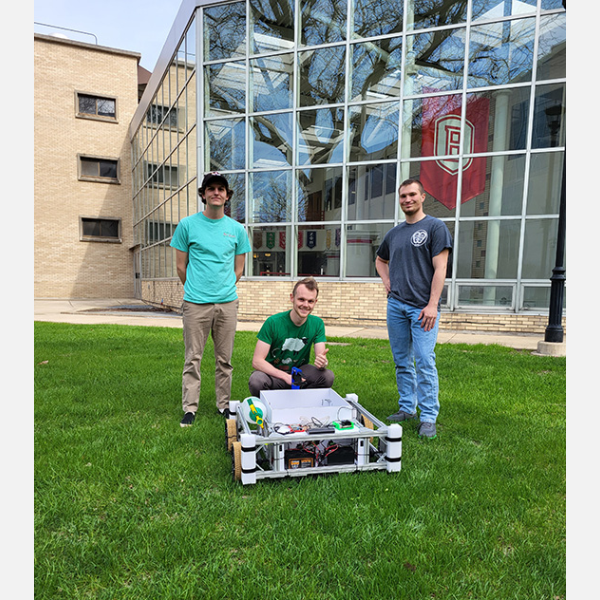